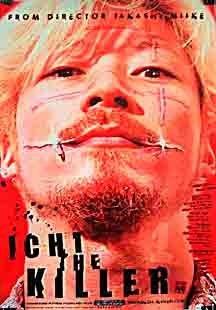 As sadomasochistic yakuza enforcer Kakihara searches for his missing boss he comes across Ichi, a repressed and psychotic killer who may be able to inflict levels of pain that Kakihara has only dreamed of.

These horror movies get up close and personal with their psychopathic protagonists; 'Maniac' is a must watch if you ever wondered what would happen if The Ring got to Frodo, and he finally lost it.

Movies in the vein of 'Ichi the Killer' and 'Dumplings': featuring the most gruesome horror films the Asian continent has to offer.