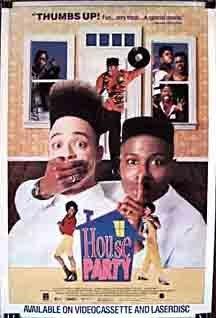 House Party is an infectious, engaging comedy starring the rap duo Kid 'N Play. Kid (Christopher Reid) decides to throw a party where he plans to blow the roof off the joint with his rhyming skills, so he and his friend Play (Christopher Martin) throw a huge party while Play's parents are away.