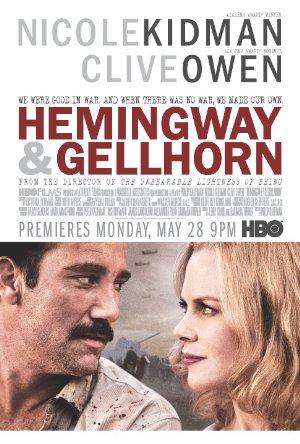 A drama centered on the romance between Ernest Hemingway and WWII correspondent Martha Gellhorn, Hemingway's inspiration for For Whom the Bell Tolls and the only woman who ever asked for a divorce from the writer.

In the words of the clash 'The freedom fighters died upon the hill/ They sang the red flag/ They wore the black one.' We have no idea what that means, but it sounds sad and we like the beat.