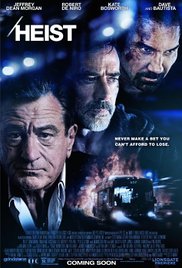 A father is without the means to pay for his daughter's medical treatment. As a last resort, he partners with a greedy co-worker to rob a casino. When things go awry they're forced to hijack a city bus.