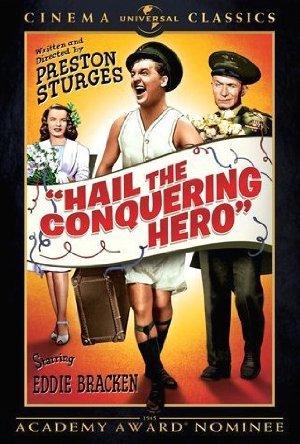 Having been discharged from the Marines for a hayfever condition before ever seeing action, Woodrow Lafayette Pershing Truesmith (Eddie Bracken) delays the return to his hometown, feeling ...