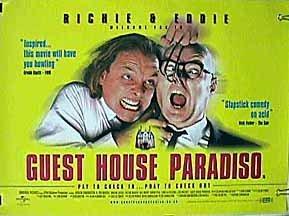 Richie and Eddie are in charge of the worst hotel in the UK, Guest House Paradiso, neighbouring a nuclear power plant. The illegal immigrant chef has fled and all the guests have gone. But ...