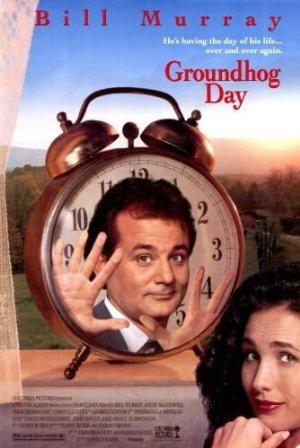 A weatherman finds himself living the same day over and over again.

Ever feel like you're watching the same movie over and over and over again? Maybe that's because it's, ahem, borrowed some of its plot elements from Groundhog Day. Or maybe you really are stuck in a time-loop, which will endlessly repeat until you learn an important life lesson!

'Movies Like Back to The Future': Goofy Time-Travelin' Throwbacks

Travel back, back to the past, when time-travel was a goofy plot point, not a mind-bending existential void that somehow spits up homicidal bunnies, or whatever the hell happened in Donnie Darko. Good, clean, fun.