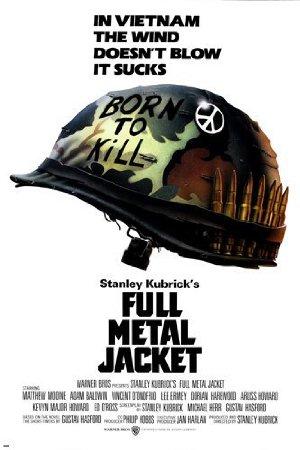 A pragmatic U.S. Marine observes the dehumanizing effects the Vietnam War has on his fellow recruits from their brutal boot camp training to the bloody street fighting in Hue.

Semper Gumby, we're always willing to add new flicks to this list of Marine movies, starring everyone from boots to grand old men.