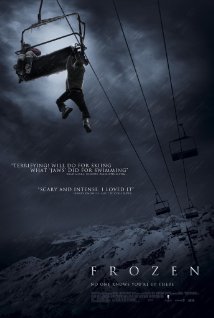 Three skiers stranded on a chairlift are forced to make life-or-death choices which prove more perilous than staying put and freezing to death.