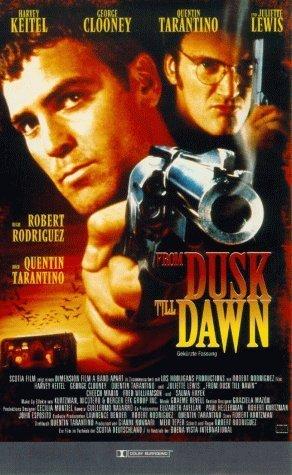 Two criminals and their hostages unknowingly seek temporary refuge in an establishment populated by vampires, with chaotic results.