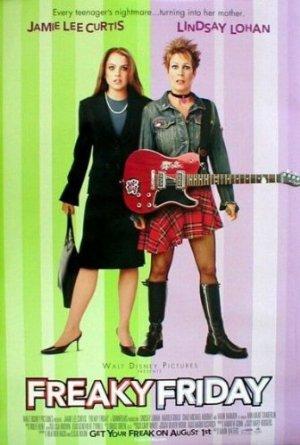 An overworked mother and her daughter do not get along. When they switch bodies, each is forced to adapt to the other's life for one freaky Friday.

One of very few actresses to have played both leads in a single movie, Lindsay Lohan has put forth some terrific performances over the years.

From her cute-as-a-button debut in 'The Parent Trap', to what some consider her crowning achievement 'Mean Girls', Lindsay Lohan has been charming audiences for nearly 20 years. As for her mildly kleptomaniacal tendencies, she's already stolen our hearts - why not tack on a diamond necklace or two!