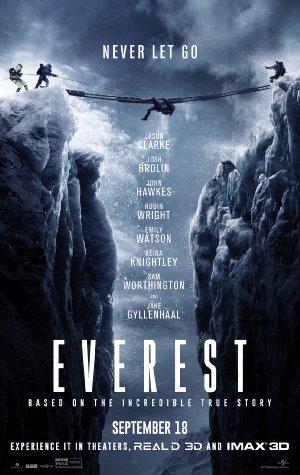 A climbing expedition on Mt. Everest is devastated by a severe snow storm.

These mountain climbing movies had better be gripping, or else you'd fall right off the edge! Hey, maybe you could have a marathon viewing get-together and call it a 'Donner Party'.

Documentaries about mountaineers and rock climbers, who risk injury and death to climb the highest peaks--because they're there.