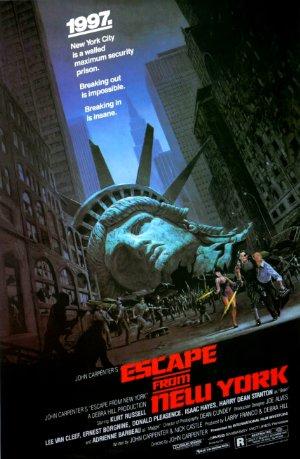 In 1997, when the US President crashes into Manhattan, now a giant maximum security prison, a convicted bank robber is sent in to rescue him.

Check out this collection of the very best action movies starring hunky leading man Kurt Russell, including 1986 cult classic 'Big Trouble in Little China' and 'Escape from New York'. Make sure to check out recent addition to his canon 'Death Proof', a neo-grindhouse gem directed by Quentin Tarantino himself.