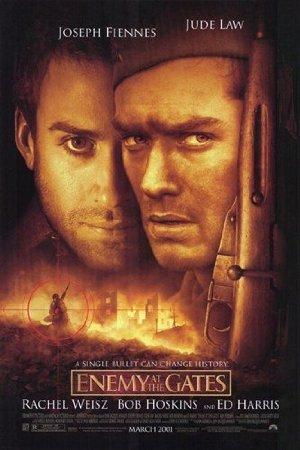 A Russian sniper and a German sniper play a game of cat-and-mouse during the Battle of Stalingrad.