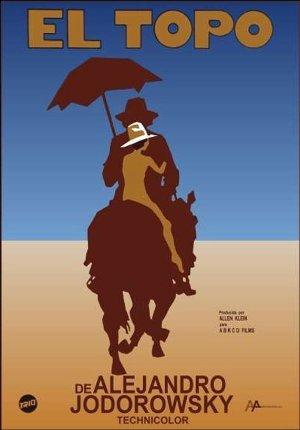 Society has a nasty habit of fetishizing disfiguration, as evidenced by this collection of films which explore the phenomenon of 'freakishness'. Make sure to check out the great John Hurt as 'The Elephant Man'.

Weird West describes Westerns injected with elements of the occult, fantastic, and absurd. It doesn't get much stranger than this collection of the very best Weird Westerns from yesteryear. Make sure to check out 'El Topo', for a hallucinatory treat!

Imagine if John Wayne dropped a ton of acid and decided to direct a movie, after reading a bit of Marx and taking a nasty blow to the head in a rugby scrum; the result is stuff like 'El Topo', 'Dead Man', and 'Zachariah'.