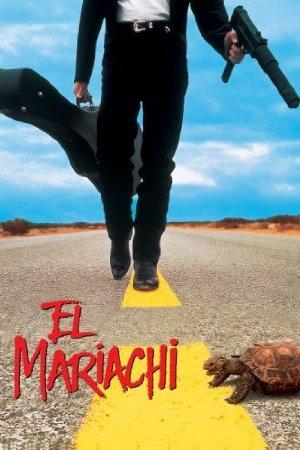 A traveling mariachi is mistaken for a murderous criminal and must hide from a gang bent on killing him.