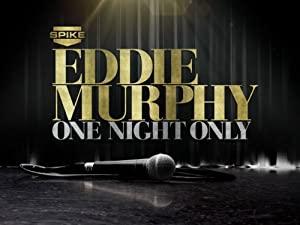 "Eddie Murphy: One Night Only" will pay homage to Murphy's journey from a 15-year old aspiring comedian to his Saturday Night Live characters.