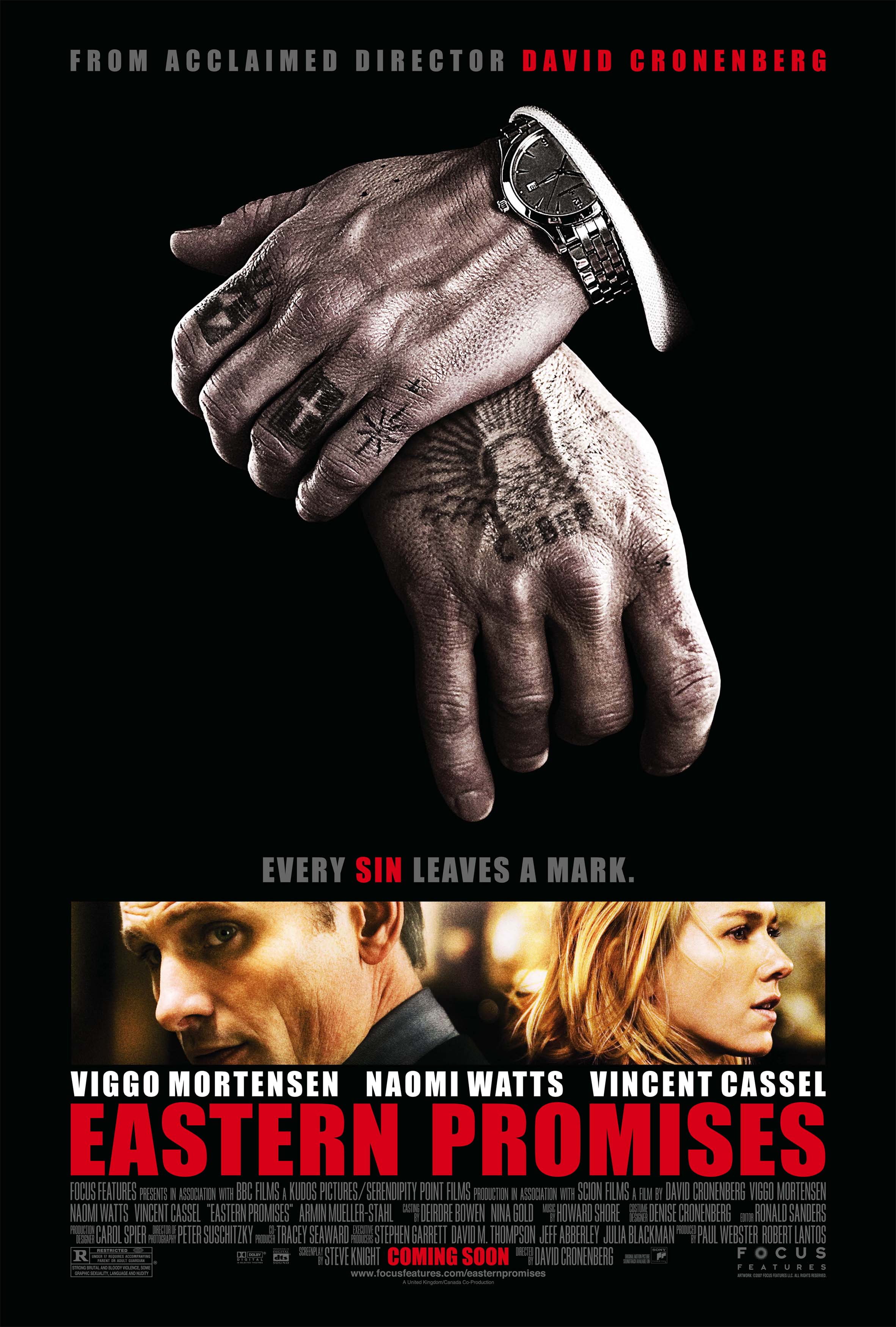 A Russian teenager living in London who dies during childbirth leaves clues to a midwife in her journal that could tie her child to a rape involving a violent Russian mob family.

A few choice movies exploring the Russian mob, both inside and outside the old country.