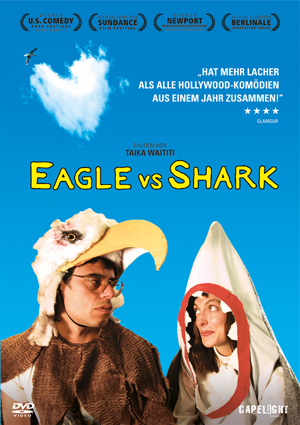 Eagle vs Shark is the tale of two socially awkward misfits and the strange ways they try to find love; through revenge on high-school bullies, burgers, and video games.

For those sick of love according to Hollywood, this collection contains the best romantic comedies featuring mentally ill beaus, forlorn hipsters, and vengeful ex-girlfriends with an excellent sense for logistics and no regard for the law. Enjoy!