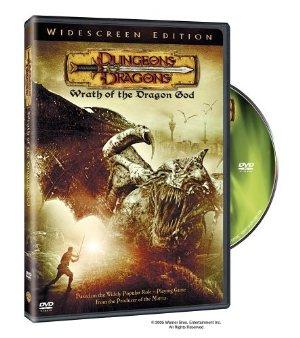 Based on the phenomenally successful role-playing game, Dungeons & Dragons 2 takes you deeper into the dark and fantastical world of this fantasy epic. When the evil sorcerer Damodar braves a perilous whirlwind vortex to steal the elemental black orb he declares a sinister plan of vengeance against the kingdom of Ismir. Berek, a decorated warrior, and Melora, an amateur sorceress join four heroes representing Intelligence, Wisdom, Honor and Strength to battle against Damodar's growing army of gruesome creatures, flying harpies and an ice dragon to reach a vault room holding the orb. Together, they build their own army to retrieve the orb using elemental forces to defeat Damodar before he summons the sleeping black dragon whose omnipotent evil powers could lay waste to the entire kingdom.

While there are a couple dungeons thrown in, the vast majority of the lower-budget swords and sorcery movies on this list focus on dragons: how to distract them, how to defeat them, even how to ride them.