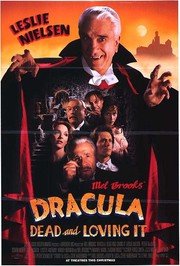 Mel Brooks' parody of the classic vampire story and its famous film adaptations.

The best vampire comedies pre 2000, sure to leave you drained with laughter, although not quite as drained as the films' unfortunate victims.