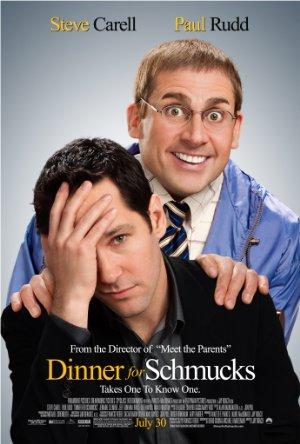 When he finds out that his work superiors host a dinner celebrating the idiocy of their guests, a rising executive questions it when he's invited, just as he befriends a man who would be the perfect guest.