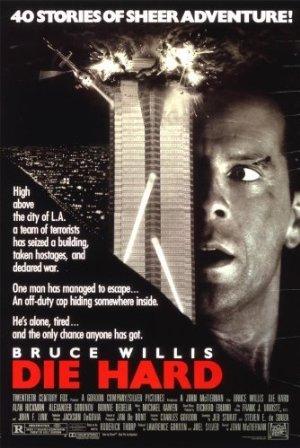 John McClane, officer of the NYPD, tries to save his wife Holly Gennaro and several others that were taken hostage by German terrorist Hans Gruber during a Christmas party at the Nakatomi Plaza in Los Angeles.

McTiernan is responsible for three of the greatest action movies ever made: 'Predator', 'Die Hard', and 'The Hunt for Red October'. Doubly surprising when you consider he is currently incarcerated and bankrupt. Anyway, check out these and other action classics.