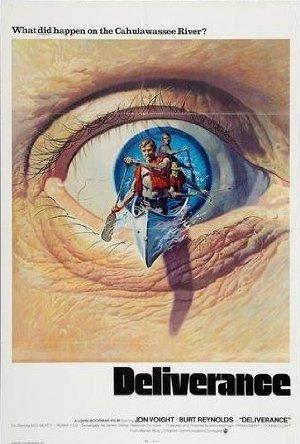 Intent on seeing the Cahulawassee River before it's turned into one huge lake, outdoor fanatic Lewis Medlock takes his friends on a river-rafting trip they'll never forget into the dangerous American back-country.

Classic tales of man vs nature, man vs man, and man vs self, including timeless cautionary classic 'The Lord of the Flies', sweeping aboriginal vision-quest 'Walkabout', and downright harrowing thriller 'The Edge'. The great outdoors never looked less appealing!

Movies Like Surviving The Game: 'Most Dangerous Game' Classics

Ever since Richard Connell penned his short story 'The Most Dangerous Game', films have been produced about sadistic hunters tracking human targets. Enjoy the best of the bunch, pre 2000.

This list will make you squeal like a pig - in delight that is! We've collated all things hick, heckle, and hack: classic killers in blue jean overalls up to the 21st century, all for your viewing pleasure.