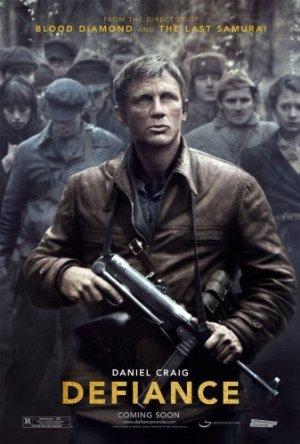 The story of how Jewish brothers join Russian resistance fighters with the aim of building a village, in order to protect around one thousand Jewish non-combatants, including themselves.