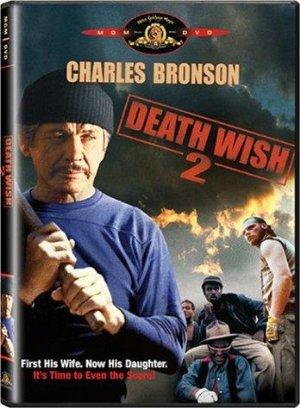 Architect Paul Kersey once again becomes a vigilante when he tries to find the five street punks who murdered his daughter and housekeeper, this time on the dark streets of Los Angeles.

Charles Bronson had his hay-day in the 60s/70s, starring in a variety of macho roles including 'The Magnificent Seven' and 'The Dirty Dozen'. Fun fact: his family was so poor growing up that he once had to wear his sister's dress to school because he didn't have anything else!

Want action, try Bronson - with this compendium of the legend's most thrilling films, including 'Death Wish' and 'The Mechanic'. Times come and go, Bronson's mustache remains the same.