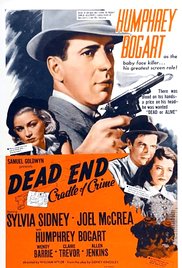 The Dead End Kids, an unemployed architect, and gangster Baby Face Martin interact with an East Side neighborhood over one day and night.

'The Worst Of Times': Dramas from the Great Depression

Classic dramas based around the economic collapse of the 30s, including the 1992 adaptation of Steinbeck's masterpiece 'Of Mice and Men'. A substantial list, although not quite as long as the unemployment line.