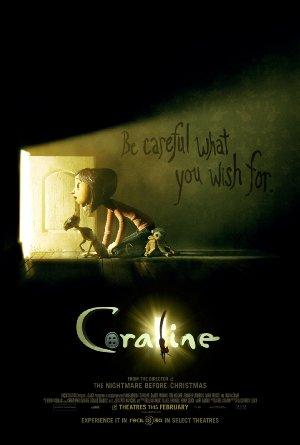 An adventurous girl finds another world that is a strangely idealized version of her frustrating home, but it has sinister secrets.