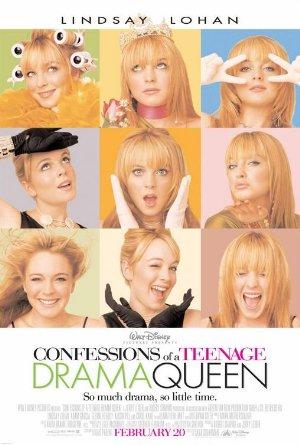 Confessions of a Teenage Drama Queen (2004)

Confessions of a Teenage Drama Queen (2004)

A teenage girl is convinced that her home city revolves around her until her family packs up and moves to the suburbs, where she finds herself competing for attention.

One of very few actresses to have played both leads in a single movie, Lindsay Lohan has put forth some terrific performances over the years.

From her cute-as-a-button debut in 'The Parent Trap', to what some consider her crowning achievement 'Mean Girls', Lindsay Lohan has been charming audiences for nearly 20 years. As for her mildly kleptomaniacal tendencies, she's already stolen our hearts - why not tack on a diamond necklace or two!

OH - MY - GOD - Enjoy this totally awesome collection of movies in the vein of 'Clueless' and 'Legally Blonde', about girls with rich fathers, lots of friends, and a limited vocabulary consisting mostly of elongated vowels.