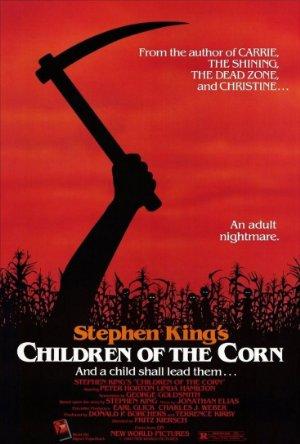 A young couple is trapped in a remote town where a dangerous religious cult of children believe everyone over the age of 18 must be killed.

Slightly different than our "Creepy Kid Horror' list: these juvenile terrors are less spook and more sociopath. A step or two up from your bratty niece - keep them satisfied with plenty of candy, or else never, ever hang around at the top of the stairs. Oh, and make sure to check out Orphan for an unforgettable twist ending!