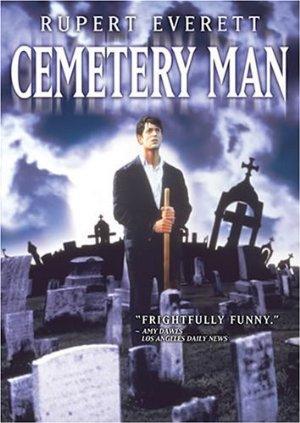 A cemetery man must kill the dead a second time when they become zombies.