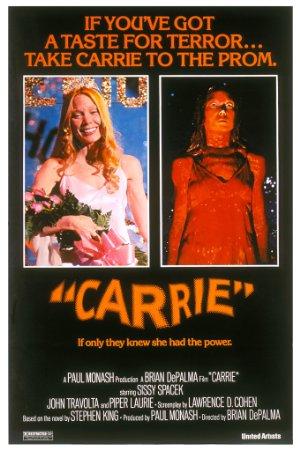 Carrie White, a shy and outcast 17 year-old girl who is sheltered by her domineering, religious mother, unleashes her telekinetic powers after being humiliated by her classmates at her senior prom.

Although his most famous film is probably 'Scarface', Hollywood legend Brian de Palma was also behind more than a couple horror classics in the 70s, including Stephen King's 'Carrie' and the supremely creepy 1973 smash-hit 'Sisters'.

Horror movies that make you cry? Absurd though it may sound, this collection of films is bound by the single most frightening monster of all: loneliness.