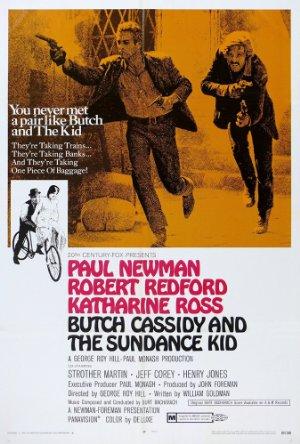 Butch Cassidy and the Sundance Kid (1969)

Butch Cassidy and the Sundance Kid (1969)

Two Western bank/train robbers flee to Bolivia when the law gets too close.

This collection contains the very best western gems from before the turn of the millennium, all the way from 'Fort Apache' to 'Unforgiven'! Adventure simply doesn't get more enjoyable (and American) than this!

Back in the days when the west was wild, a legendary gunslinger could be found in every other saloon, drunk and ready for a duel. Enjoy these movies depicting the various exploits of Jesse James, Billy the Kid, et al.