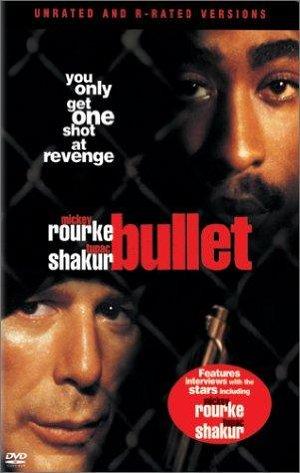 Butch "Bullet" Stein is a Jewish junkie from the mean streets of Brooklyn, is paroled after eight years in prison. Butch rips off a runner for local drug dealer, Tank, and is soon right ...

Tupac Shakur, AKA 2Pac, AKA Makavelli, AKA Lesane Parish Crooks (look it up), was a bestselling American rapper and actor from the EAST-coast. While most people are more familiar with his musical career, there are definitely some worthwhile selections in his filmography: including 'Bullet' and 'Above the Rim'. So pick a flick and kick back in your very own thugz mansion.