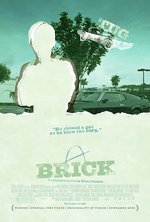 A teenage loner pushes his way into the underworld of a high school crime ring to investigate the disappearance of his ex-girlfriend.

There's no noir movie like a noir movie set in the City of Angels. Enjoy this collection of 21st century crime flicks, and check out 'The Little Things' for a recent addition starring Denzel.