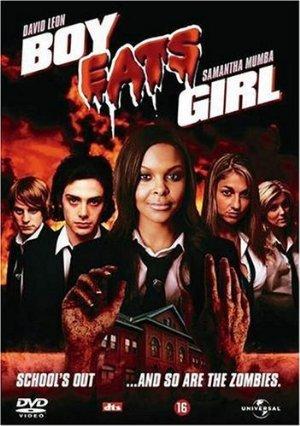 A boy declares his love for his girlfriend, only to die the same night. He is brought back to life by his mother as a flesh-craving zombie, who sires more teen undead while trying to control his, er, appetite for his beloved.