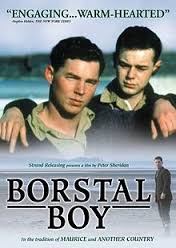 Irish writer and political activist Brendan Behan, is befriended as a teenager in a British labor camp by a liberal warden.

Movies Like Call Me By Your Name: Gay Coming-of-Age Stories

This collection of movies features young men battling intolerance and anxiety while coming out of the closet. Make sure to check out 'North Sea Texas' for a fantastically put together young-love story.