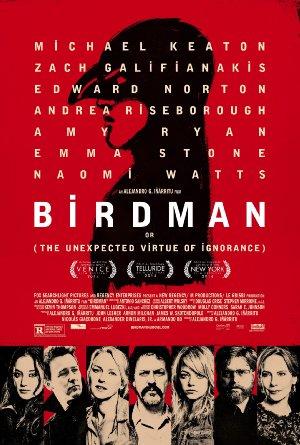 Birdman: Or (The Unexpected Virtue of Ignorance) (2014)

Birdman: Or (The Unexpected Virtue of Ignorance) (2014)

Illustrated upon the progress of his latest Broadway play, a former popular actor's struggle to cope with his current life as a wasted actor is shown.

Do you ever find it weird when you're watching a movie about a great athlete or a tough guy and remember, wait, everyone in this movie was a theater kid. These are all theater kids! Well, you won't have to suspend your disbelief with these dramas about acting.