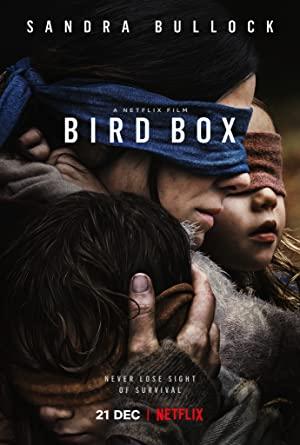 Five years after an ominous unseen presence drives most of society to suicide, a mother and her two children make a desperate bid to reach safety.

Horror movies in which the hapless victims are either deprived of their senses, or forced to suppress them in order to avoid detection. Based on Netflix's recent original horror films, this would appear to be a rising trend.