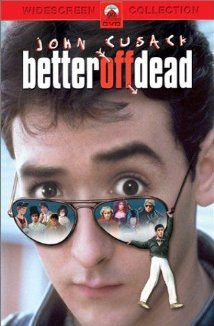 A teenager has to deal with his girlfriend dumping him among family crises, homicidal paper boys, and a rival skier.

There was no conflict in the 1980s that couldn't be settled with a ski race between a cute, but awkward, teenager and an overconfident jock. Well, ther than the Cold War. And the Falklands...