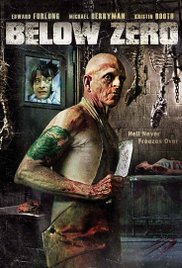 Jack, a writer who goes to a remote meat cooler, where his agent has set it up for him, to be locked in for five days so he can meet his deadline while he writes the ending to his book.