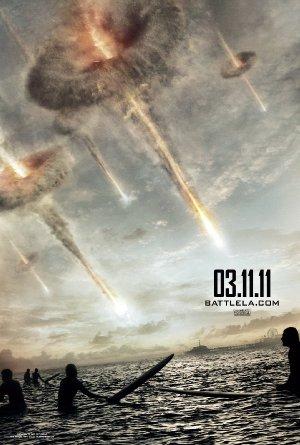 A squadron of U.S. Marines becomes the last line of defense against a global invasion.