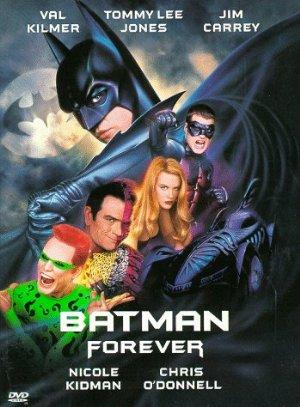 Batman must battle Two-Face and The Riddler with help of an amourous psychologist and a young circus acrobat who becomes his sidekick, Robin.