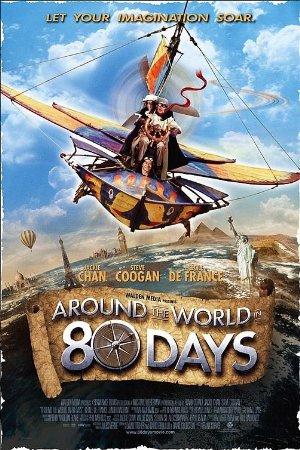 A bet pits a British inventor, a Chinese thief, and a French artist on a worldwide adventure that they can circle the globe in 80 days.