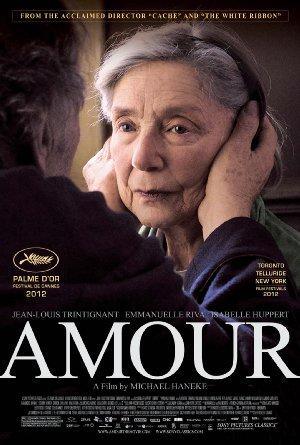 Georges and Anne are an octogenarian couple. They are cultivated, retired music teachers. Their daughter, also a musician, lives in Britain with her family. One day, Anne has a stroke, and the couple's bond of love is severely tested.

A touching collection of contemporary films focusing on love in its later years. Watch these life-long lovers battle the ravages of time while proving that love truly does conquer all!

Romantic movies in the language of love, but with subtitles in the lingua franca.