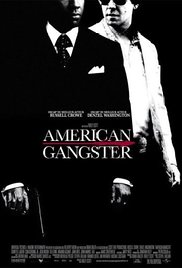 In 1970s America, a detective works to bring down the drug empire of Frank Lucas, a heroin kingpin from Manhattan, who is smuggling the drug into the country from the Far East.

The dramatic ouevre of acclaimed hollywood director (Sir) Ridley Scott assembled for your viewing pleasure. Make sure to check out 'The Duellists' (it's a hell of a lot easier to get your hands on than Hamilton tickets).