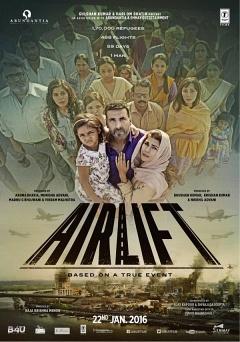 When Iraq invades Kuwait in August, 1990, a callous Indian businessman becomes the spokesperson for more than 170,000 stranded countrymen.

These Bollywood blockbusters give a whole new definition to epic.