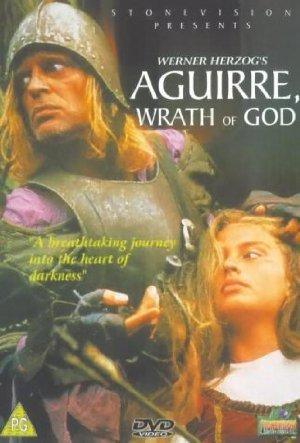 In the 16th century, the ruthless and insane Don Lope de Aguirre leads a Spanish expedition in search of El Dorado.

If you are unaware of New German cinema, firstly, it's weird you found/ clicked on this list, secondly, welcome! Find here the only introduction you need to the 1960s-1980s renaissance of German filmmaking, birthplace of Klaus Kinski and Werner Herzog.

Documentary maker, cinematic auteur and a fascinating character in his own right, Werner Herzog's near 50 year long film-making career is listed below. 'Fitzcarraldo' 'Aguirre' 'Stroszek' are good places to start, as are his documentaries 'Grizzly Man' 'Encounters at the End of the World' and 'Cave of Forgotten Dreams'.

Werner Herzog's Best Fiend and problematic German character actor Klaus Kinski has clocked up a good number of films over the years including 'Fitzcarraldo', 'Cobra Verde' 'Operation Thunderbolt' and many more classics.

Classic medieval movies featuring knights in shining armor, damsels in distress, and even renegade clergymen; sure to satisfy the most bloodthirsty of history buffs.