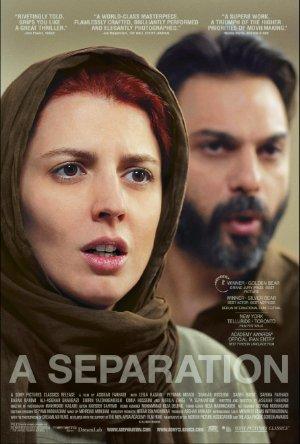 A married couple are faced with a difficult decision - to improve the life of their child by moving to another country or to stay in Iran and look after a deteriorating parent who has Alzheimer's disease.

Ever wondered what Iranian cinema could do for you? Find out with modern masterpieces such as 'About Elly', a disappearance drama, or 'A Seperation', concerning the tough decision one couple must make between safety and family.

Modern dramatic masterpieces from a country Western cinema could learn from. Give 'About Elly' a peek for the disappearance mystery that has Western critics raving.