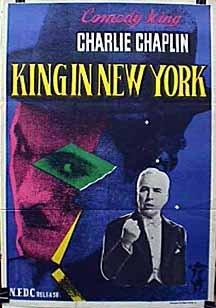 A recently-deposed European monarch seeks shelter in New York City, where he becomes an accidental television celebrity and is later wrongly accused of being a Communist.